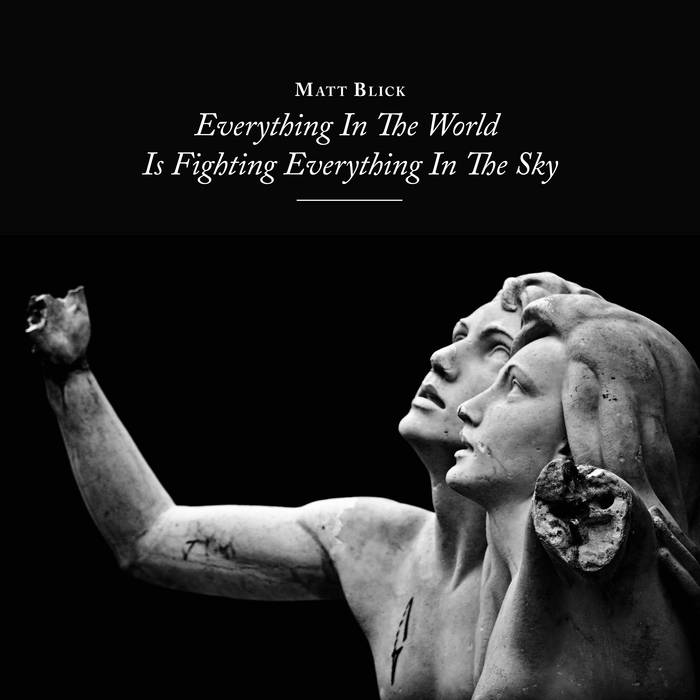 All songs written and arranged by Matt Blick © 2016

Mixed and Mastered by Mark Nelson at 4EQ Studios and The Old Library Studios, Mansfield, UK

Songwriter/singer from Nottingham, UK. Like early inspiration Billy Bragg, Matt sings in his real accent and plays electric guitar (there’s more tuba than acoustic guitar on his songs). He plays like someone who spent more time in mosh pits than coffee shops and sings about faith and doubt, love and loss, airports and abattoirs. ... more

Bandcamp Daily  your guide to the world of Bandcamp

Featured sounds from Fly Lo and Ahmed Idris, plus Mother Nature hops on to drop off new project